How Mixed Reality is Making its Mark On The Healthcare Sector

Thanks to Mixed Reality, surgeons will also soon be able to perform operations with more accuracy and precision than ever before 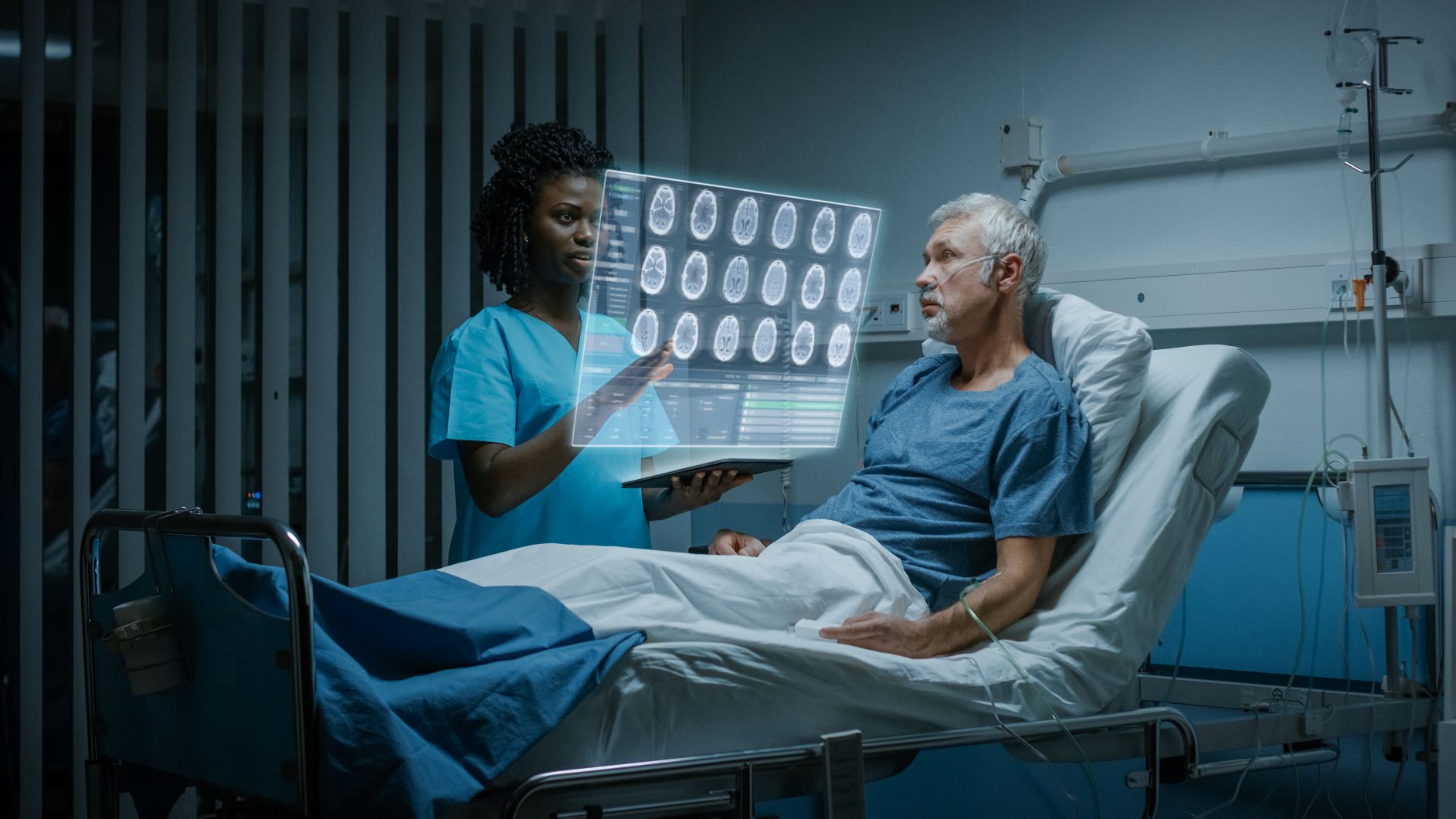 For many people, the term “Mixed Reality” conjures up images of sci-fi dramas, action packed movies and fresh-faced video game enthusiasts. But the technology involved in developing Mixed Reality is evolving fast, bringing value to a large range of businesses and sectors.

Indeed, areas including retail, tourism, education and of course healthcare are now seeing the benefits.

What is Mixed Reality, and how does it relate to AR and VR?

Mixed Reality is fairly similar to Augmented Reality (AR) in many ways, but with some important differences too. Where AR is delivered through a handheld mobile device like a tablet or smartphone, MR requires a head mounted pair of see-through glasses.

Mixed Reality brings the real world and the virtual world together, giving rise to a new environment where digital and physical objects co-exist in real time.

So instead of simply looking at an overlay, MR allows you to actually interact with an object - reach out, touch it, rotate it etc.

Microsoft first coined the term “Mixed Reality” back in 2016 with the launch of the Microsoft HoloLens.

Apart from the fact MR systems are head mounted, they’re also different from their AR counterparts in that they ‘observe’ the physical space around the user and manipulate it with holograms.

Surgeons needs to be able to carry out the most delicate of operations with a high degree of focus and accuracy. Whilst they’re carrying out these operations, they need to feel confident in being able to handle any unexpected situations that arise, and to analyse multiple variables at once.

After all, the decisions they make can make all the difference to a patient’s chances of survival. Whilst Augmented Reality can potentially now provide surgeons with the relevant information via a hands-free interface, Mixed Reality takes this one step further.

For example, they can see a hologram of a patient’s anatomy by “holding it in their hands” as a hologram.

Mixed Reality technology means that medical students may no longer need to train solely on cadavers. Instead they can carry out procedures on holograms, therefore gaining the valuable experience of operating on a ‘live’ human.

The hologram can also react to the procedures being carried out, so students can learn from their successes and mistakes. Of course, this means that the doctors, nurses and surgeons of tomorrow will be able to physically carry out operations with no risks to patients.

This method also allows students to get more hands on with their training, instead of passively learning as spectators.

Diagnosing patients and analysing their condition in real-time

Virtual Reality has already played an important part in the healthcare world thanks to its capability for immersive visualisation.

For example, VR applications have been used by doctors to achieve a multi-dimensional view of medical scans to achieve a more accurate diagnosis. Augmented Reality too has paved the way for the integration of Mixed Reality to ascertain the status of a patient’s condition at an exact moment.

In some cases, the devices can also be used to offer the patients themselves a real-time look at their own scans. This can then lead them to a better understanding of their own condition than a two-dimensional scan image would.

Thank you for subscribing to our newsletter.

It’s not just living patients that Mixed Reality lends itself to either. Post-mortem examinations can now be completed using MR to create a ‘virtual’ autopsy table capable of showing the scanned image of the cadaver in real-time.

Images can then be manipulated by the doctor to make observations of the internal organs.

Thanks to Mixed Reality, surgeons will also soon be able to perform operations with more accuracy and precision than ever before. As so many parts of the human body are tiny and therefore tricky to work on - such as veins, arteries and blood vessels - this is likely to make a huge difference to surgery outcomes.

Not only will the technology give real-time information about the patient’s vital signs during the surgery, but it’s also a more non-invasive way of scanning and watching for changes.

Surgeons will be able to monitor the patient’s internal systems which may not have otherwise been visible without making a surgical incision, reducing the risk of complications or infection.

Finally, Mixed Reality technology can provide a detailed view of the patient’s internal body systems in a three dimensional view. These images can then be transmitted to other consultants in different geographical locations, enabling the surgeons to gain wider expertise while they work.

Not only does this provide exceptional levels of detail, but it also means that they can make more informed decisions during the surgery.

So in effect, MR can improve the success rate of complicated procedures in many different ways, and save countless lives into the future.

Speak to the innovation experts at Myriad Associates

Companies in the Republic of Ireland that have invested in growth and innovation are likely to qualify for R&D Tax Credits.

The scheme is a government tax incentive devised to help with the financial costs of R&D work, and is available to any Irish company in any industry.

Although there is a broad spectrum of projects and costs that are eligible for Tax Credits, the application process itself requires a certain amount of expert R&D knowledge and is inherently complex.

It’s not just a case of submitting your figures, but of justifying to Revenue why your costs should attract the benefit. This is where we step in.

Myriad Associates is an experienced, specialist team of R&D accountants and consultants that deal exclusively with this area of tax.

From our offices in Dublin (and in the UK) we have assisted numerous companies in making successful, optimised R&D Tax Credit claims over the last two decades.

It’s money that businesses welcome, particularly during these unprecedented times, and which can be used any way they wish.

If you would like to know more about R&D Tax Credits or how to make an application, please do call us on +353 1 566 2001 or use our send us a message. You may end up thousands of euros better off.

What Is R&D In The Food And Beverage Industry?

Are you looking to create a product that stands out in the food and beverage industry? Innovation is key, which means focusing on research and development (R&D). Food and beverage R&D can involve discovering new ingredients, finding ways to package existing products more efficiently, or developing entirely new products.

10 Top Tips For Setting Up An R&D Department

Here we offer our 10 top tips for setting up an effective, cohesive R&D department in your company.

A broad range of software projects are likely to attract valuable R&D Tax Credits. But putting a claim together can be complex - here we take a look.