The 7th edition of the EU Prize for Women Innovators was launched by the European Commission on the 11th February 2020. Do you have what it takes to be the next EU Woman Innovator? Read on and apply now - don’t miss out!

The 7th edition of the EU Prize for Women Innovators was launched by the European Commission on the 11th February 2020. With applications now being accepted, the closing date is Tuesday 21st April at 5pm CET (Brussels time). Do you have what it takes to be the next EU Woman Innovator? Read on and apply now - don’t miss out!

Right across the EU, female entrepreneurs only make up around a third of self-employed people and just 30% of start-up entrepreneurs. It seems that such a wealth of female potential and creativity is being hugely under-recognised; a massive missed opportunity indeed.

This is something that the European Commission is looking to tackle by identifying the barriers to female entrepreneurship and how they can be overcome. It’s about encouraging women to realise their business potential, and assist them in starting their own companies if they wish to.

The point of the award is also in recognising women’s roles in bringing game-changing innovations to marketplace, and honouring the fantastic achievements of female entrepreneurs launching innovative new companies. It raises awareness of the need for more female entrepreneurs too, and highlights the importance of strong role models for women and girls going forward.

What is the EU Prize for Women Innovators 2020?

Cash prizes are awarded each year to female entrepreneurs who have started up a successful company and unveiled a new innovation to the marketplace.

The contest is open to women from across the EU and countries associated with Horizon 2020, and four of the most inspirational women will be selected. Finalists will be chosen by a highly competent panel of independent experts from across Europe, including individuals from academia, businesses, entrepreneurship and the financial sector.

Thank you for subscribing to our newsletter.

How much is being offered?

What is the award criteria?

Once the competition is closed, the jury will decide finalists based on:

Who is eligible to apply?

Applicants wishing to enter the EU Prize for Women Innovators 2020 competition will need to meet the following rules around eligibility:

Where do I find more information?

For more information on this funding programme, please visit https://ec.europa.eu/research/participants/data/ref/h2020/other/prizes/contest_rules/contest-rules_h2020-swfs-prize-2020_en.pdf

Alternatively, contact us if you'd like to know whether your project would likely qualify for this grant.

Why use Myriad Associates?

With offices in both Dublin and London, Myriad Associates consists of experts that specialise in all areas of R&D grants & R&D tax relief for businesses in Ireland and across the UK. Whether you’re a brand new company or you’ve been around a few years and are looking to expand, why not get in touch with our friendly, professional team today on +353 1 566 2001 or use our contact page. 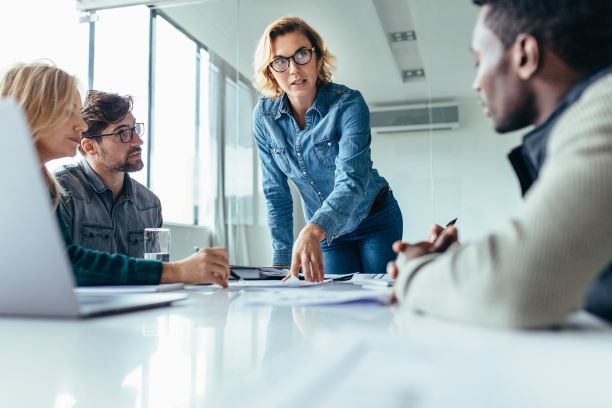 10 Top Tips For Setting Up An R&D Department

Here we offer our 10 top tips for setting up an effective, cohesive R&D department in your company.

What is Horizon Europe?

Horizon Europe brings big opportunities for innovation in Ireland, boosting the country's competitiveness on a global stage. Find out what it's all about.

The Myriad R&D grants team is proud to have smashed our €100 million funding target. That's definitely something to shout about!