Innovative Irish companies are set to benefit from some much needed extra government funding thanks to a significant increase in the European Innovation Council (EIC) Pilot budget likely to be adopted by the European Commission from next month. Supporting the scaling up of highly innovative, cutting edge deep-tech SMEs in particular, the move will pave the way for the unveiling of the new Horizon Europe programme spanning 2021 to 2027.

What is the EIC and what are its goals in relation to growth?

Although Europe is a thriving and forward-thinking place to do business, it has actually struggled in comparison to other global players to bring new ideas to market. In recent years, new start-ups have found it particularly hard to get through their first few years in existence, with a lack of money to grow being a well-documented issue. This unfortunately has put some off staying in Europe and so they’ve moved away.

The European Innovation Council (EIC) was set up as part of the European Commission's goal of helping innovative companies to prosper. It works by providing the necessary tools for smaller businesses to compete on the world stage, and to give them the best opportunities to grow. By providing a ‘one-stop shop’ for innovation funding, it is hoped that more than 1000 projects will benefit from the scheme over the next three years.

The EIC indeed has some very specific and ambitious goals, not least to put Europe at the sharp end of market-creating innovation. It looks to expand away from existing markets, instead building on the adoption of new technology, products and business models. Where a private investor is struggling to obtain a loan, the EIC aims to locate alternative funding streams, particularly if they’re looking to invest in riskier technology companies or those dabbling in new markets. It also financially supports companies that are looking to scale up to a European and/or global level.

The particularly exciting part of this news is regarding the additional opportunities for companies that have women at the helm, either as CEOs or in equivalent positions. There’s a strong appetite to encourage women in achieving their career goals, with at least 25% of all EIC Accelerator Pilot finalists tipped to be women-led companies. Additional interviews will be scheduled if this target isn’t met first time.

Why diversity is so important for innovation

In order to have the most innovative ideas, a company needs to maintain a high level of staff diversity. People working together who are different ages and genders, different backgrounds, different ethnicities and different educational levels for example are likely to make a small business in particular a hotbed of ideas. Not only will the workforce become very diverse, but each staff member will likely have networks of professional associates and past experience they can bring to the table. This knowledge can then be tapped in to, in order to accomplish tasks, solve problems and innovate. This diverse mix of types and genders of people should not just be at staff level but management level too, and this is what the EIC is looking to encourage.

As part of this development, SMEs and new start-ups will need to show their commitment to the stipulations of the European Green Deal. This is likely to mean that all business making their application by the deadline of the 19th May this year will need to show how their innovation contributes to the European Green Deal’s goals. However, the 7th October 2020 cut-off for the EIC Accelerator Pilot will remain open to all innovations.

For those who are unfamiliar with the European Green Deal, it’s essentially a framework devised by the European Commission setting out how it plans to make Europe climate neutral by 2050. The plans also involve increasing the EU’s targets around the reduction of greenhouse gas emissions by 2030 to at least 50%. Each law will be measured against these climate targets, with a view to making Europe the first climate-neutral continent.

The plan may be to put tariffs in place for countries that don't reduce their greenhouse emissions at the same rate. It also highlights the requirement for a review of all relevant climate-related policies, including the Emissions Trading System. Such revisions will also extend to the Energy Taxation Directive, which looks closely at fossil fuel subsidies and tax exemptions for companies in shipping and aviation for example.

Speak to the innovation experts at Myriad Associates

Irish companies investing in growth and innovation are likely to be eligible for R&D Tax Credits courtesy of the Revenue. The scheme was designed as a tax incentive to assist with the financial costs of R&D projects, and can be claimed by any Irish company in any sector.

Although the scope for claiming R&D Tax Credits is purposefully very broad, the application process itself is complex and requires a certain amount of specialist R&D knowledge. It’s not about simply listing expenses, but in justifying to the Revenue why those expenses are eligible for the relief. This is where we can help.

Myriad Associates is a highly skilled, expert team of R&D advisors and accountants that deal solely with this area of tax. From our bases in Dublin and in the UK, we have helped countless companies over the last two decades to make successful R&D tax relief claims - money which they can then use to reinvest and grow.

If you would like to discuss anything mentioned in this article, or find out more about R&D Tax Credits, please do call our team on +353 1 566 2001 or use our contact page. 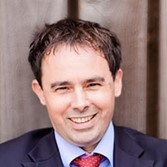 This post was written by Barrie Dowsett who is Chief Executive Officer at Myriad Associates. Click here to read more about Barrie and the Myriad team. Barrie Dowsett